Singapore is a tiny country located in Southeast Asia, surrounded by Malaysia and Indonesia. Although it is only 719.1 square kilometers in size, it is one of the most important commercial, financial and cultural centers in the world. 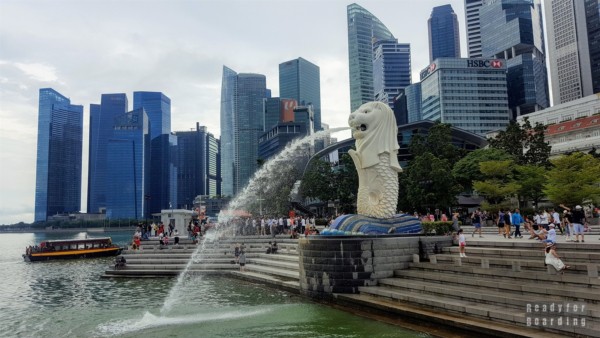 One of Singapore’s greatest assets is its extremely clean and organized city. It is known for its excellent living conditions, high security and low crime rate, so all the more reason for you to take it easy here travel with children (We’ve been here in larger numbers ourselves). Singapore is also one of the most important cultural centers in the region, offering a wide range of entertainment, museums, parks and other tourist attractions.

Singapore is also an important educational center in Asia, offering high-quality schools and universities that attract students from all over the region.

What’s worth seeing in Singapore?

Singapore offers many interesting places to visit and tourist attractions. Here are some ideas of what to see in Singapore:

For more interesting places to see in Singapore, read our post Singapore – TOP 9 places you must see! »

You can find all our posts about Singapore below.

We have prepared for you a handful of practical information that will come in handy before traveling to Singapore. It will be about public transportation, getting from the airport, the cheapest internet, accommodation, shopping, eating and much more! Singapore is…

It will be extremely short and to the point – we present a list of the most interesting places in Singapore, in our opinion, that are worth seeing. Singapore is a unique place in many ways. This highly developed city-state…

If you plan to travel to Asia or Australia there is a good chance that you will have a connecting flight in Singapore, at Changi Airport. Not just any airport, as it is hailed as the best in the world.…

Singapore is famous for its strict laws and their ruthless enforcement, moreover, it is called a fine city. The bans may surprise you, but even more surprising are the penalties that can be imposed: gigantic fines, flogging and even the…

Is Singapore a good destination for a family vacation? What do we need to know before we eagerly pack our kids on a plane and head to the City of Lion? Today, 6 aspects you need to know about before…

Singapore is a mix of cultures, traditions, religions and customs with development and modernity. Like nowhere else, we saw temples of various faiths side by side or squeezed between skyscrapers. There are also two rather sizable neighborhoods here that are…

Today we take you to the fun island of Sentosa. Read 5 reasons why you should go to Sentosa at least for one day! :) Yes, you read right – go, because Sentosa is connected by a bridge to the…